Adidas, the German footwear maker, celebrated its 65th anniversary in 2014.

After close to 70 years into the game, the brand is as relevant as ever with the addition of influential taste makers such as Kanye West and Pharrell Williams to their stable.

While it is still in direct competition its arch-rival Nike, Adidas has managed to garner much attention to the brand with new and improved designs from world renowned designer Jeremy Scott, and the introduction of new ground-breaking technology such as their Ultra Boost line of products.

In this article, we’re going to explore 30 facts about Adidas that every self-professed sneaker head should know.

The ‘Stan Smith’, Adidas’s most iconic sneaker, was originally intended to be named after Robert Haillet, the iconic French tennis star, and not Stanley Smith.

There was a park in Boston that was known as “Adidas Park” by locals where nothing but Adidas brand sneakers was allowed. As a matter of fact, anyone who dared go to the park wearing Nikes or Puma ran the risk of getting their shoes snatched and hung on the park’s “tree of shame” where countless pairs of off brand sneakers could be found.

Adidas nearly avoided bankruptcy in the 90’s after the brand had made admittedly poor strategic decisions.

While the brand is often associated with Hip Hop, it is also known for its innovations in the world of basketball as well. As a matter of fact, the Adidas Superstar was the first basketball shoe with a low top silhouette featuring an all leather upper portion.

The Trefoil logo the brand is known for also had a meaning besides the look. The logo was first introduced in the Munich Olympics in 1972.

The brand wasn’t originally known as Adidas, which is a portmanteau of the founder’s named Adi Dassler, but was started under the name Gebrüder Dassler Schuhfabrik in 1924.

Designer Jeremy Scott, who now has a full line of Adidas sneakers bearing his name, began his collaboration with the brand many years prior when Adidas produced a version of its Forum Hi sneaker with the designer’s face on it.

While Adidas’s current collection features sneakers for nearly every sports, the first pair of Adidas were track spikes made especially for track and field.

The iconic rap group Run DMC received their endorsement deal after they performed in New York’s Madison Square Garden. While performing their hit “My Adidas” the group told attendees to take one of their Adidas shoe and hold it in the air. An Adidas exec that was in attendance was so impressed that they offered the group a $1 million endorsement deal on the spot.

The brand’s EQT line of sneakers were originally supposed to serve as a status symbol, similar to how Jordan sneakers are viewed nowadays.

Adidas was the first to introduce a microchip into the design of their sneakers. The Adidas Micropacer featured a computer display that allowed athletes to check the amount of calories they burned and their pace among other things.

The brand’s stripes, which is probably the most easily recognizable aspect of the brand, was originally placed on the sneakers for stability reasons, not design.

Nike tried to stop Adidas from releasing their own woven upper sneakers, which are a huge trend right now. While the brand was originally successful, a judge eventually reversed the decision in favor of Adidas.

Music executive Russell Simmons came up with the idea for the song “my Adidas” while high on PCP. Apparently, Simmons ran up to the group after smoking the substance and blurted something about rapping about their sneakers. The rest was history.

Adi Dassler, the creator of the brand, originally had no intention of selling sneakers. As a matter of fact, he completed an apprenticeship as a baker before he started selling track shoes.

Adidas wasn’t known as Adidas until the late 1940’s. The name Adidas came about after Dassler and his brother had a dispute. Dassler decided to stick with the name Adidas and made the brand official in 1949.

Adidas sued Payless ShoeSource in 2008 for releasing a pair of sneakers featuring 4 stripes instead of 3. They eventually settled for the sum of $305 million.

Adidas is the parent company of Taylor Made, Rockport and Reebok.

Michael Jordan, the world renowned basketball player and 6 times NBA champion, almost went with Adidas before he signed his deal with the Nike shoe brand.

Jesse Owens wore a pair of Adidas when he won the gold in the 1936 Summer Olympics in Munich. Interestingly enough, the games were to serve as a display of Aryan superiority for Hitler’s fascistic regime. Instead, Jesse Owens gave him a proverbial slap in the face by winning 4 gold medals wearing German manufactured shoes.

The ‘Adidas Superstar’, which was originally intended for basketball, became hugely popular with skateboarders in the early 90s.

The original Adidas Superstars weren’t originally made in Germany, but in France. They were also the only line in the series to feature a golden Trefoil on the sneaker’s tongue.

Adidas created its ‘Adilette’ line of sandals specifically to protect soccer players from diseases that can be contracted in communal showers.

Adidas’s Tubular line of sneaker was actually inspired by car tires and the “tubular snake” originally was created to emulate tires and their threading.

A pair of Adidas “jeans” sneakers was introduced, but interestingly enough, they didn’t feature any denim. Instead, they were just a pair of blue colored suede sneakers with a rubber sole.

Adidas is currently the number one brand in the soccer world with over $2.7 billion in football revenue in 2014.

Horst Dassler, Adi Dassler’s son, is the one who originally approached gold medallist Mark Spitz to wear his shoes. Since Mark Spitz training gear was too baggy to showcase the shoes, he decided to hold them in his hands to give the shoe more visibility.

The split between the two Dassler brothers may have been caused by an interesting misunderstanding during World War 2. Apparently, Adi and his wife went to hide in his brother’s bomb shelter when he exclaimed “the dirty b*****ds are back again” referring to allied forces. But Rudolf, his brother, thought he was referring to him and his family. The pair eventually split eight years after the incident.

After many years of playing second best to Nike, Adidas is slowly, but surely getting its groove back by regaining the youth market in the United States and the world.

The brand is currently known for its innovative design and seems to be going back to its glory days in the 1980s.

One thing is for sure, is that Adidas as a brand will never stop evolving and we can look forward to many new ground-breaking models hitting the shelves in the near future.

Previous Article Dress Up Your Pet Day | 14th January Next Article How Much Would Darth Vader's Suit Cost? 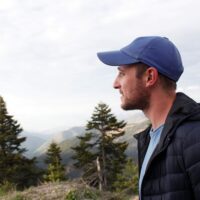