A Brief History of the Onesie

Luke Ward
4 Minutes Read
Updated: July 1, 2022
The onesies made by JumpinJammerz started appearing on MadTV in early 2001 as well as CSI: Las Vegas.

Onesies, which are essentially adult jumpsuits or pajamas, date back further than you may think and have a pretty interesting history.

The origins of the onesie.

Pajamas were first introduced to Britain in the 17th Century and it was a very short-lived fashion trend, but made its return in the late 1800s.

By the time the 1880s rolled around, various retailers had started selling tops and bottoms as one, which was not the onesies we know today but rather an early version.

An increasing number of people started giving in to the trend of loungewear and by the 1930s sleepwear was hugely popular. 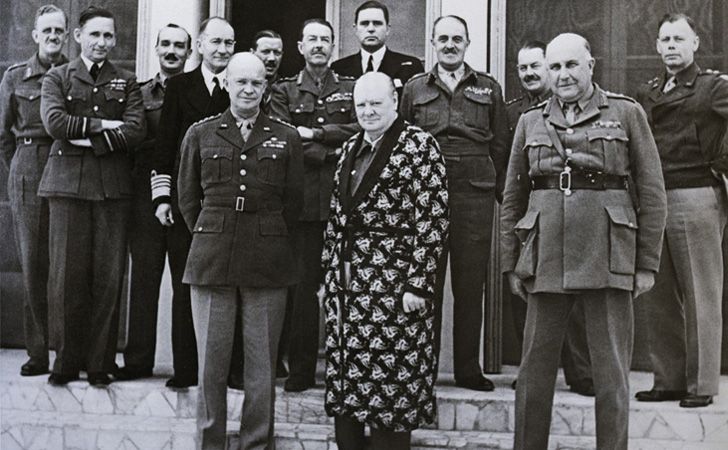 One huge turning point in the history of the onesie is that it was revealed that even Winston Churchill started wearing them because of how comfortable they were.

While this may not seem like it was a big deal, it completely changed the way people looked at what we now call the onesie.

The “siren suit” was one of the earlier iterations of the onesie.

A one-piece garment that covered the entire body, the siren suit was initially designed for use on the way to and in air-raid shelters.

This suit addressed and solved the problems of warmth and modesty that came up during night-time air raids in the UK during World War II.

Siren suits had a similar style to that of boiler suits, which were worn primarily by mechanics, bricklayers, and similar types of workers.

The union suit was another early version of the onesie; it was essentially a long underwear garment that was comprised of just one piece, similar to the modern onesie.

This suit was created in Utica, New York, United States, and first came out as women’s wear during the 19th Century.

The union suit was an alternative option to the more constricting garments that were popular at the time.

This particular garment kept being used throughout North America into the 20th Century.

Eventually, the popularity of the union suit started to wane and was eventually replaced by two-piece long underwear.

Despite the fact that Churchill had essentially endorsed the onesie, it didn’t immediately take off with adults.

More often than not people would use onesies as a way to keep their babies warm.

By the 1950s, the baby boom was happening and onesies started becoming extremely popular with parents who needed a way to keep their children snug and comfortable, especially in the colder weather.

The onesie finally made its return in the early 1970s, when a book called “2010: Living in the Future“, a children’s book by Geoffrey Hoyle, boldly predicted that everyone would be wearing jumpsuit-style clothes in the future.

While it was said that the patterns of these outfits would vary, they would eventually be universally worn by pretty much everyone.

Today, onesies are worn by both men and women of all ages, primarily because of how comfortable and warm they are as loungewear.

Even many celebrities have been photographed wearing onesies in public as a sign that they are fashionably hit or perhaps just want to be comfortable.

Famous Hollywood actors like Brad Pitt have been spotted wearing onesies of varying colors and patterns.

The modern adult onesie fashion craze was initially set off by a company called JumpinJammerz, which manufactured loungewear for men and women starting in 1998.

This company and its product were initially meant to be a gimmick for Steve Pandi’s rock band, but it eventually became an incredibly popular and fast-selling fashion item in America and the United Kingdom.

The onesies made by JumpinJammerz started appearing on MadTV in early 2001 as well as CSI: Las Vegas.

In 2007, the adult onesie was a very popular gift among celebrities and a number of them wore these garments to the 2007 Academy Awards and Emmy Awards.

Numerous imitators of JumpinJammerz’s onesies started coming onto the market by 2008 in an effort to replicate them, building on the already popular fashion trend.

There have been numerous pop culture references to onesies in recent years, including infamous hip hop artist Macklemore’s video for his song “Thrift Shop“, which was viewed hundreds of millions of times on YouTube.

These days companies all around the world continue to make adult onesies, constantly changing them up with new patterns and designs for both celebrities like Justin Bieber and Miley Cyrus as well as for the general public.

Many pop and hip hop artists have taken to wearing jumpsuits/onesies while performing on stage, and it has become a very popular fashion associated with this type of music.

The onesie is still very popular amongst adults and for children as well, standing the test of time in a way that very few fashion trends have.